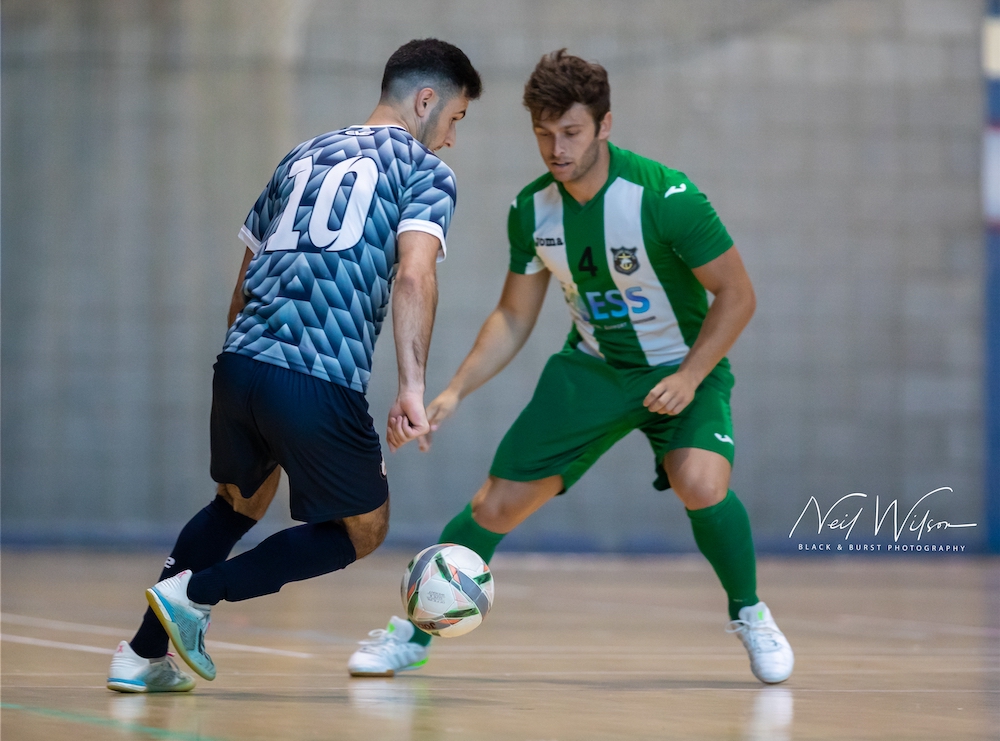 In 2016 it was decided amongst the Board of Directors that Bavaria would branch out into Futsal. On the 16th of September the team played its first game, albeit a friendly against Sporting Gibraltar FC, which ended in 5-4 defeat. However, the club’s first goal was scored by the evergreen Dylan Casciaro.

Our inaugural season saw us start at the bottom of the Gibraltar Futsal pyramid in the 4th Division. The Pinks played their first competitive game on Sunday 2nd October 2016 against Blands International Group, which ended in a closely fought 4-3 victory.

At the end of the season, the Pinks secured automatic promotion after an 8-3 win against Sporting Gibraltar FC. The promotion was to take the team into the 2nd Division after a restructuring of the leagues by the GFA. However, the best performances came in the 4th Division Cup – the futsal club’s first piece of silverware. A 4-3 win against rivals South United and an inspired performance by Jamie Walker and Iain Latin saw the Pinks come from behind twice to take home the trophy. 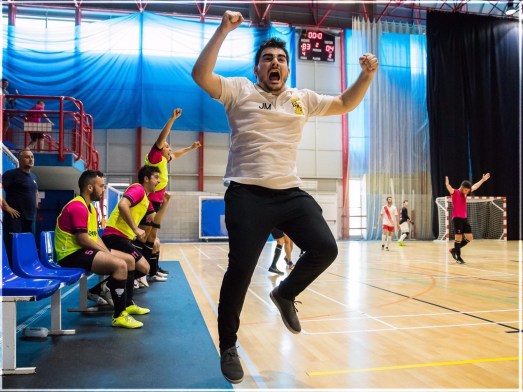 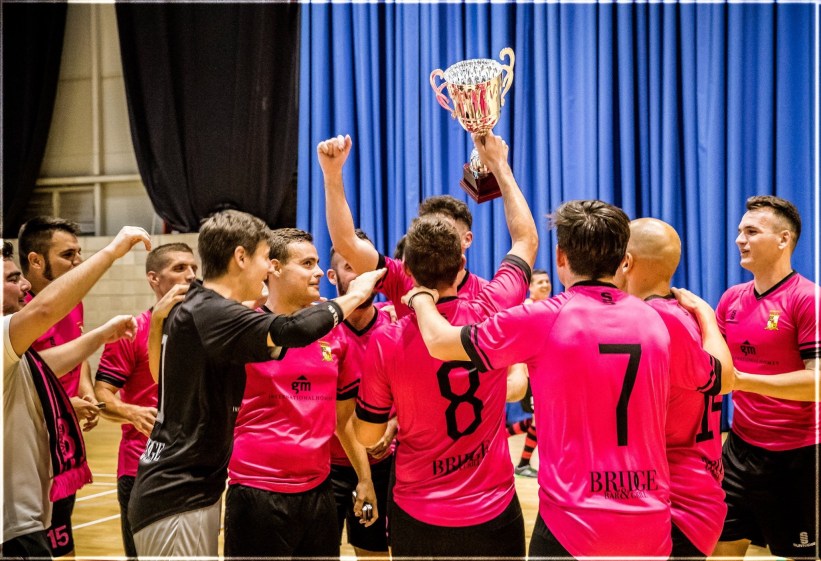 In the following season, the team surpassed expectations once more. The Pinks finished runners-up in a very competitive division, finishing above the likes of Stallions FC, Cannons FC and Boca Juniors FC, securing back-to-back promotions and a place in the Gibraltar Premier Division. 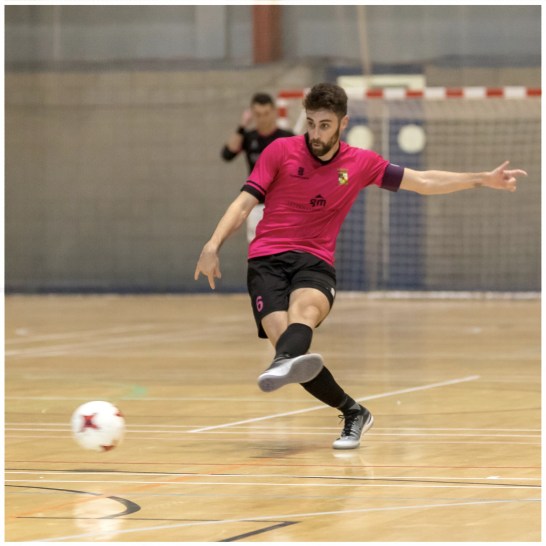 After a thorough revamp of the squad, the Pinks were raring to go against the ‘big boys’ of Gibraltar futsal, competing in the Gibraltar Premier Division for the first time. The futsal league structure albeit different to previous seasons with the league composing of 12 teams and the league splitting into the Top 6 and Bottom 6 after one round of fixtures. It was to be a milestone season for the club, avoiding relegation with three games to spare and one of Bavaria’s longest serving players hitting a personal goalscoring milestone. The Pinks also won the 1st Division Plate Trophy, securing a 7th placed finish. 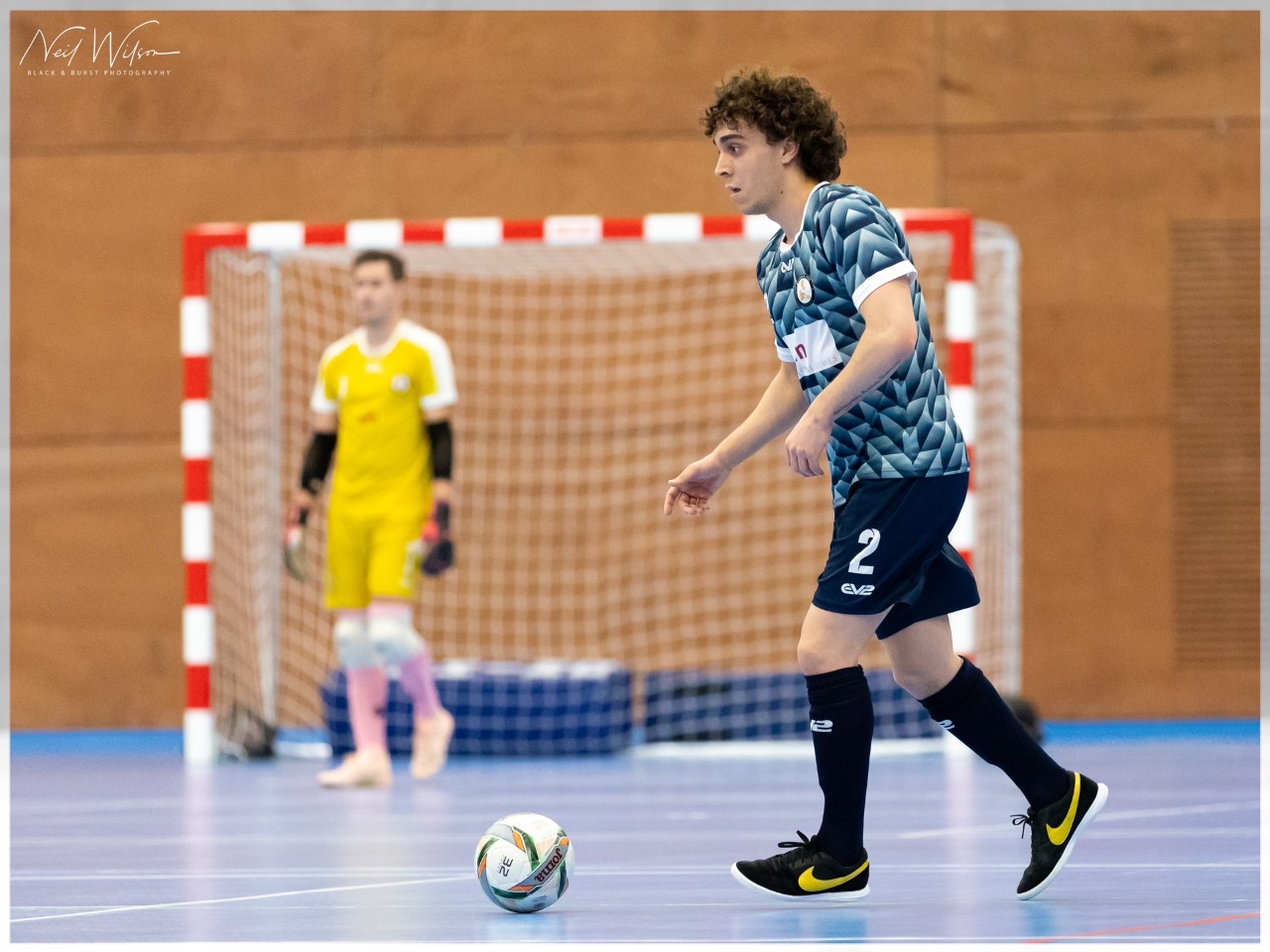 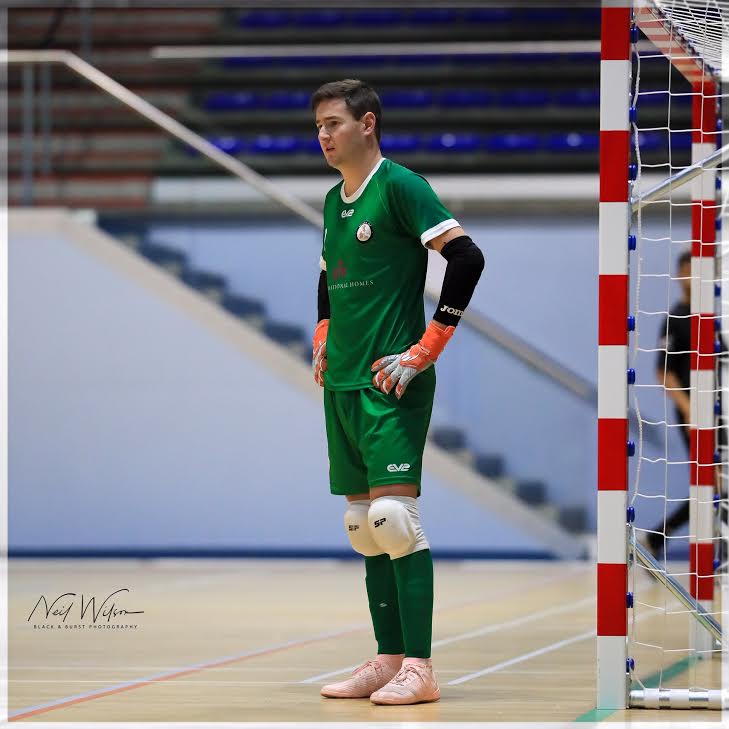 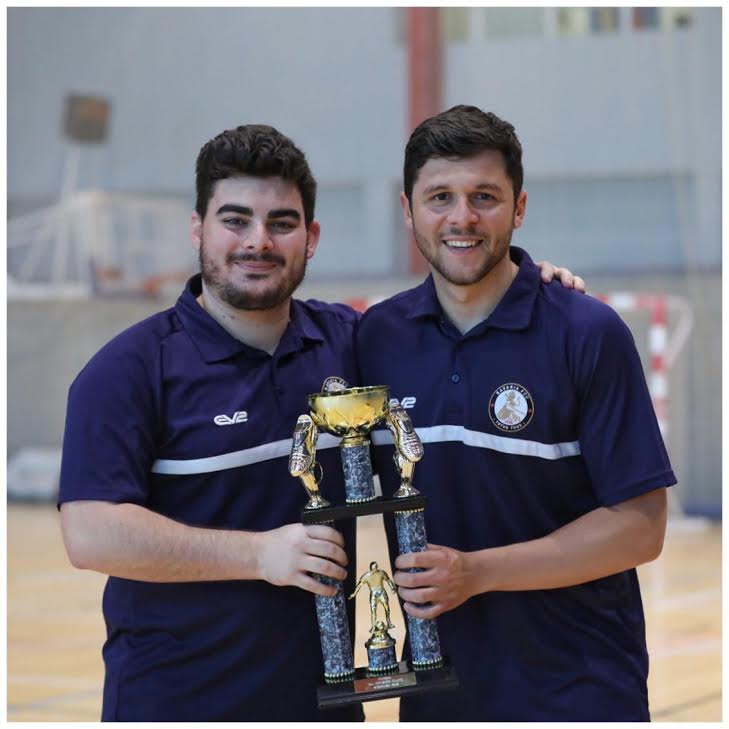 The Pinks maintained respect in their second season in the highest tier of futsal in Gibraltar. This season, breaking into the Top 6 with credible performances against the teams at the top. Undoubtedly, the game of the season against Spartans FC, with the team coming from behind to win 4-2 in dramatic circumstances. A very respectable 5th placed finish, improving on the 2018/19 campaign, albeit with the season cut short by one game due to the outbreak of COVID-19. 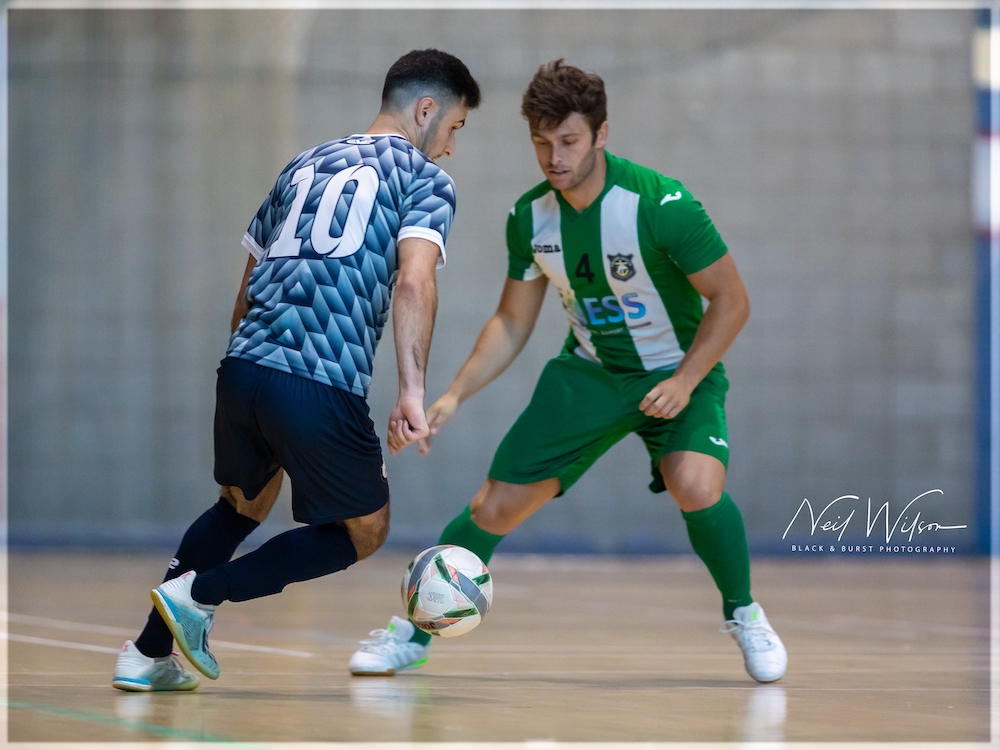 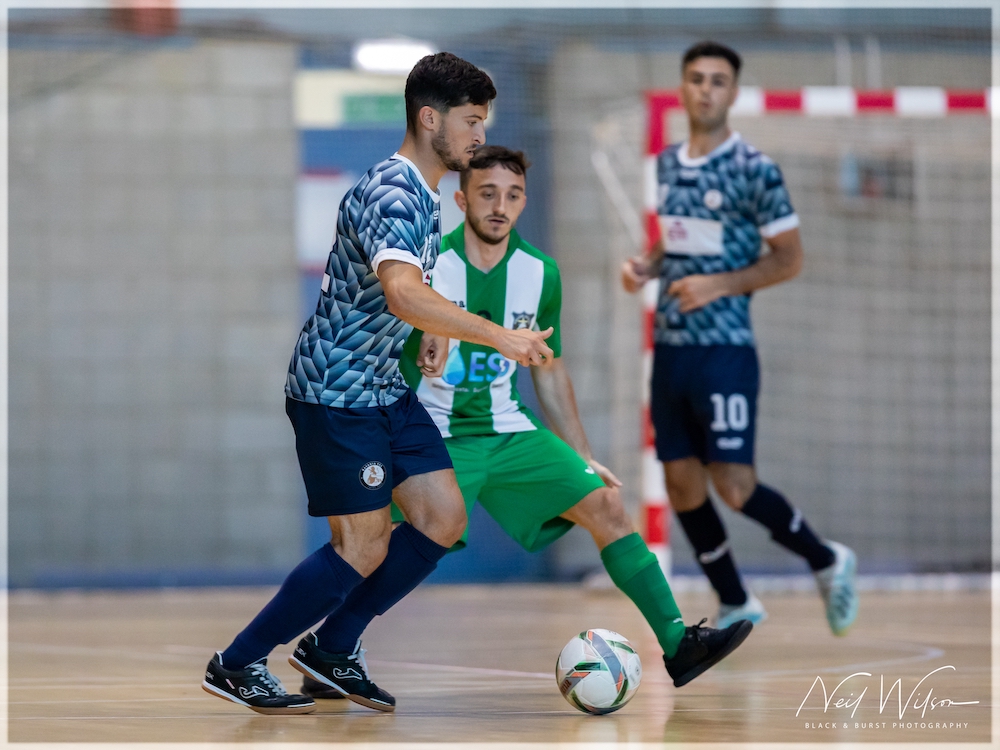 In an interrupted season due to Covid-19 restrictions, the Pinks finished in 7th place after a short, 10-game league season. Among the highlights was the 14-1 win against Europa Point FC which became their highest-scoring win in the 1st Division as well as the emergence of young pivot, Daniel Marrache who is definitely one to watch for future years. 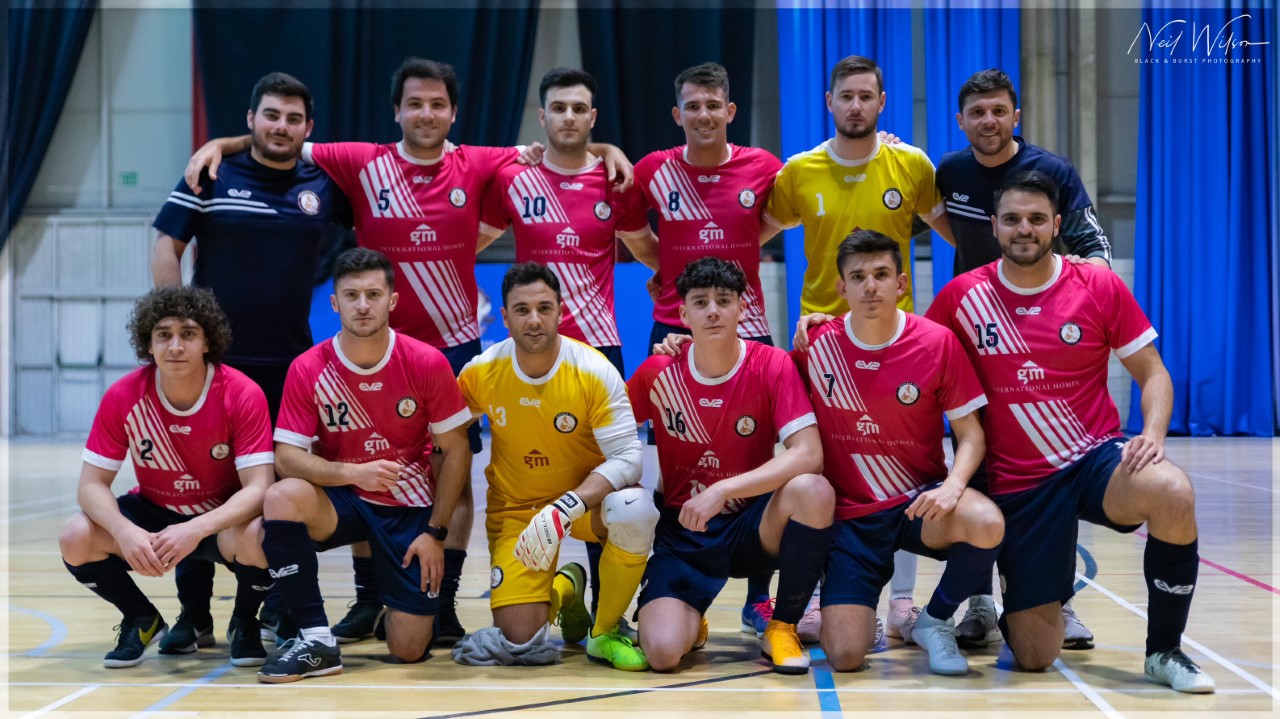